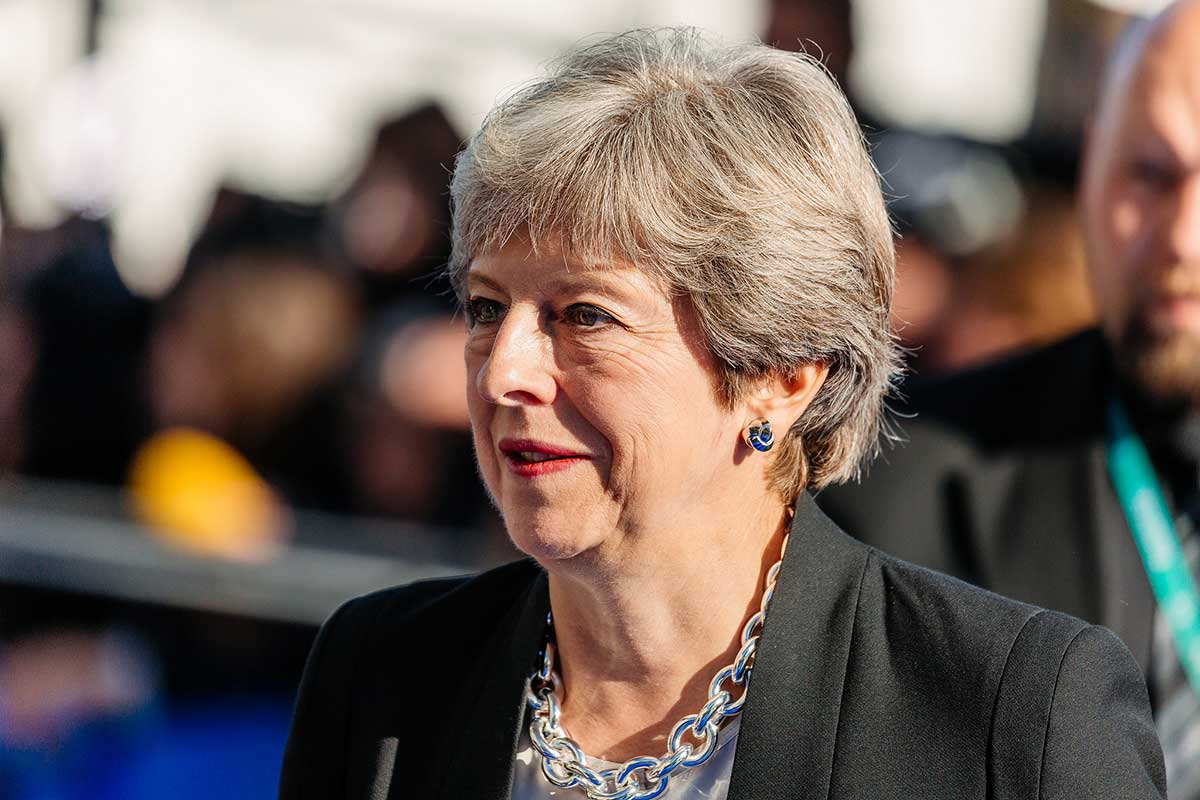 The Prime Minister has highlighted cyber-security cooperation with the European Union as a linchpin of the post-Brexit relationship in a speech to the European Council.

In the speech yesterday, she said that after Brexit there would continue to be important discussions on security and migration, and she gave particular emphasis to cyber-security.

She said: "At this Council, I argued along with Dutch Prime Minister Rutte that we should also accelerate work on further measures – including sanctions - to respond to and deter cyber-attacks.

"The attempted hacking of the Organisation for the Prohibition of Chemical Weapons in The Hague earlier this year was a stark example of the very real threats we face.

"We must impose costs on all those who seek to do us harm, regardless of the means they use. And this Council agreed to take that work forward."

Apple CEO Tim Cook asked Bloomberg BusinessWeek to retract a story posted earlier this month that stated Apple had used computers that were hacked by the Chinese military.

Cook made his demand during an interview with Buzzfeed News. Apple and Amazon, which also had been victimized by China Bloomberg reported, have previously denied being targeted, but until now neither had asked for the story to be pulled.

Bloomberg has stood by its story and published a follow up article containing additional claims of evidence.

The Information Commissioner’s Office (ICO) published guidance this week on the NIS Regulations 2018 and the underlying EU laws that they implement.

Relevant digital service providers are required to take appropriate technical and procedural steps to manage the security risks to their systems, with NIS setting out specific obligations that must be met.

As the designated enforcement body in the UK for RDSPs, the ICO has powers to inspect and fine organisations up to £17 million for contraventions of NIS.

The foreign secretary Jeremy Hunt will praise UK-Dutch cooperation on security issues, including crucially cyber-security, when King Willem-Alexander and Queen Máxima of the Netherlands arrive in the UK today for their first state visit.

Hunt will meet with his Dutch counterpart Stef Blok. Hunt said: "The UK and The Netherlands have a rich, long history between our people and of course our Royal Families.

"Together we work to further peace and security across the globe, tackling threats from terrorism and cyber and promoting values of freedom."

The organisers say the main aims of the week are to raise awareness of the key risks affecting the sector, promote and share good counter-fraud practices and promote honesty and openness about fraud.

Charity Fraud Awareness Week is led by an international partnership of over 40 charities, regulators professional representative bodies and other not-for-profit stakeholders working together to combat fraud against charities.

It has produced a short webinar in cooperation with the National Cyber Security Centre to teach charities about cyber-fraud.

On Friday 26 October there will also be a live webinar covering fraud questions and answers between 12:00-13:00 GMT.

Just in time for Christmas, GCHQ has published its second puzzle book, with puzzles set by its own staff code-breakers.

It follows the success of its first puzzle book, The GCHQ Puzzle Book published in 2016, which raised £330,000 for its Heads Together campaign aimed at changing the conversation around mental health.

The second edition, The GCHQ Puzzle Book II, features more puzzles at the ‘easy’ level plus inside anecdotes about the people and exploits of the intelligence agency.

Available now in bookstores and online from publisher Michael Joseph.