Cyber startups raised a record half billion in the first six months of 2020 - in fact it appears that the Coronavirus pandemic is responsible for triggering a 940 percent increase in cyber funding compared to same period last year - but the investment is mostly going to growth stage companies  while early stage startups struggle.

The figures, from The LORCA Report 2020 – a detailed analysis of investment activity and growth of cyber startups across the UK show that half (55 percent) of the UK’s cyber startups are now outside London, with hotspots emerging in Edinburgh, Manchester and Reading.

However there is a funding gap emerging as only one percent of funding goes to cyber startups that have never raised investment before. Companies at the seed and venture stages secured just six percent of investment in cyber startups since the start of the year. For 53 percent of cyber startups there has been a reduction in investor interest since lockdown, with 44 percent saying they urgently need a cash injection within the next four months to survive.

In 2019 cyber startups attracted record levels of investment in the UK, breaking half a billion pounds (£521 million) - showing just how impressive the £496 million in the first half of this year really is. In fact £104 million was raised in the first two months of lockdown alone, a 940 percent increase on the same period in 2019.

LORCA, the government-backed cybersecurity programme delivered by the innovation centre Plexal inpartnership with the Centre for Secure Information Technologies (CSIT) at Queen’s University Belfast and Deloitte, produced the report in partnership with Beauhurst, a UK database for high-growth companies.

Other findings include that London is the cyber capital of the UK, with 281 startups (44 percent), while Edinburgh and Manchester are also developing prominent cyber clusters and others are thriving in the South East (18 percent) – centred around Oxford and Cambridge and the South West (five percent), which is home to the hub around GCHQ in Cheltenham as well as others such as Reading. 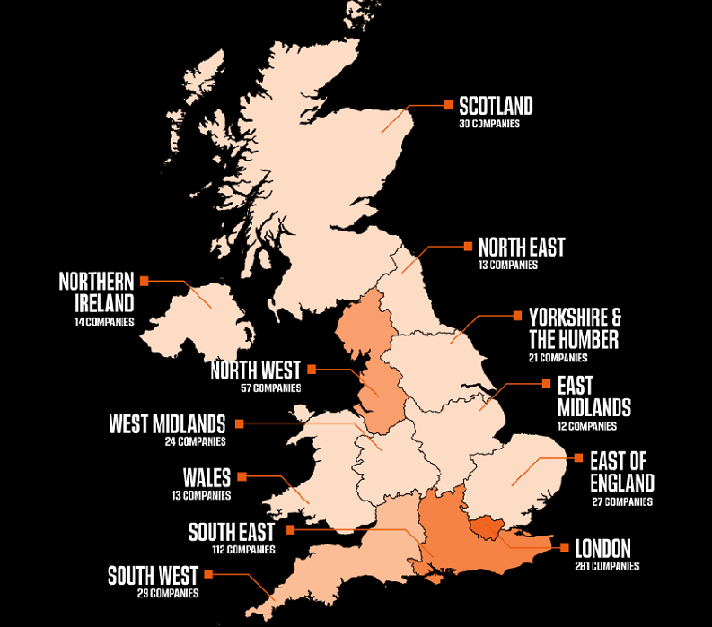 Five key trends were identified in the report as defining the future growth the UK’s cybersecurity ecosystem as a whole:

Digital Infrastructure Minister Matt Warman said: “The tech sector will play a vital role powering an economic recovery out of the pandemic and the cyber security industry plays an important role keeping people safe online. We are backing our innovative firms to develop cutting-edge solutions and keep one step ahead of tomorrow’s security threats through our National Cyber Security Strategy."

Saj Huq, programme director, LORCA, comments: “We have leading research institutions, technical innovation from startups and government-led bodies and growing engagement from investors and business leaders. However, the ecosystem is still nascent and obstacles remain to its continued growth. Access to funding for early-stage startups is clearly the biggest hurdle that must be overcome for the UK to compete on the world stage.

“Startups are uniquely placed to address these emerging challenges (of remote working). Our world-leading fintech industry rose out of the recession of 2008; with the right support cybersecurity can be the country’s next global success story.”