53 criminals involved in buying and/or selling counterfeit Euro banknotes on illegal Darknet marketplaces, such as AlphaBay and Hansa Market, have been arrested in a joint operation by seven EU Member States (Austria, the Czech Republic, France, Germany, Greece, Slovakia and Spain), coordinated by Europol.

Among data retrieved from a February 2017 Austrian takedown of an illegal Euro banknote print shop in Vienna was details of 33 different European and non-European countries to which the arrested person had sent counterfeit money.

Europol coordinated the information available and shared it with the countries concerned; a joint action day was strategically planned,targeting buyers and vendors active on the most popular Darknet marketplaces. The timing for the action (May-June 2017) preceded international operations by the United States (FBI) and the Netherlands, focusing on taking down two of the most popular Darknet marketplaces – Alpha Bay and Hansa Market. 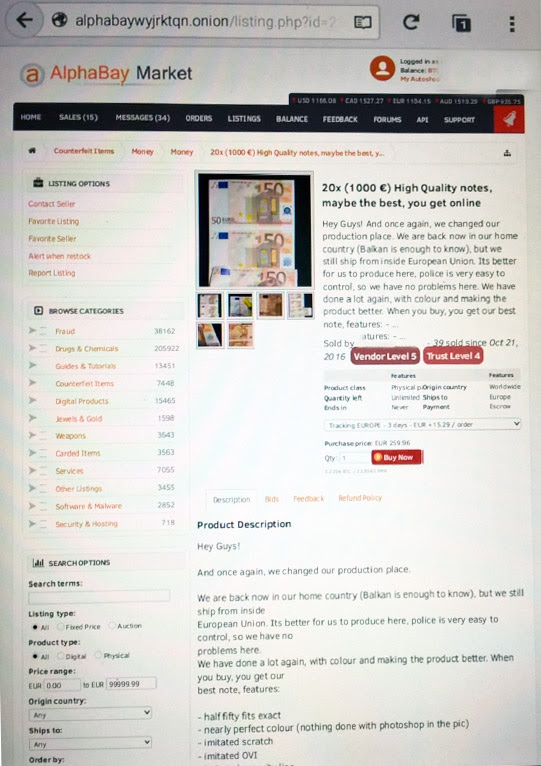 Some 2049 counterfeit euro banknotes were seized during 77 house searches across Europe.