What is the most common factor that leads impressionable and talented teenagers to cyber-crime? "It’s most likely the environment," Samy ‘mypace’ Kamkar tells SC Media UK.

The answer might seem obvious, but that was the life story of Kamkar, as he told the attendees of the Digital Transformation EXPO Europe in London.

His first brush with hacking was as a nine-year-old, when he ruffled the feathers of an unknown hacker in a chat group into which he accidently entered. His brand new PC was bricked using WinNuke 95. That freaked him out, then piqued his interest in coding.

Recounting his claim to fame as the hacker who brought social media network myspace to a halt in October 2005, Kamkar said it all started with finding a hacker workaround to add friends on the site.

MySpace then permitted users to customise some areas of their profiles using HTML codes. Sammy started coding to do things beyond that. First he crossed the 12-photo limit and uploaded 13. The he altered the standard dropdown options for relationship status and added "in a hot relationship".

However, his profile sorely lacked audience. He decided to fix that too with coding.

Kamkar worked out a code that would force everyone who visited his profile to add him as a friend. He went a step further, and coded the program to add "but most of all, Samy is my hero" on the person's profile, under the "my heroes" category.

The script was programmed to copy itself on the profile of every visitor, creating a self-propagating worm. And things went out of control. 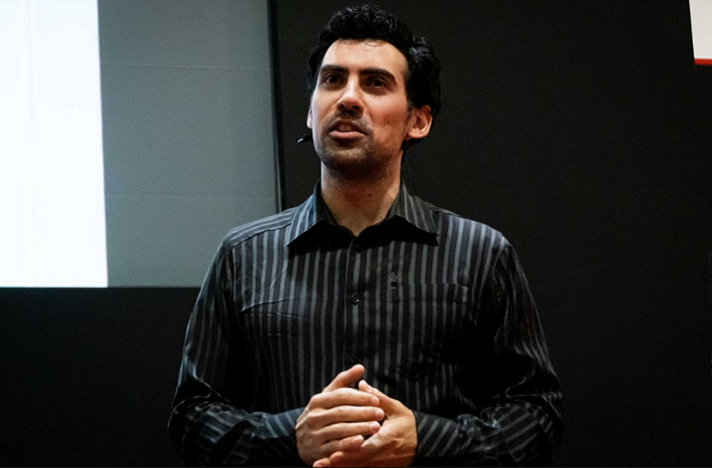 "I released this new tool on to myspace," he said. "The next morning, I woke up, checked my profile and saw that I have 10,000 new friends. I freaked out."

The numbers spiralled as the day progressed, touching 900,000 in hours, eventually crashing myspace.

"I felt awful. I would never want to take a system down. I know what it is like to have your system down, and it’s not a good feeling," he said.

What followed was something straight from a hollywood thriller. After weeks of silence and an anonymous phone call, law enforcement officials barged into his house and office, took away every single gadget and device of data storage, and Kamkar was banned from the internet for life.

His prohibition was lifted after three years owing to good behaviour. The environment he was in during those three years changed him, he said.

He became a white-hat hacker, making impressive tools of penetration testing over the years that followed. From carjacking to hacking drones, he listed an impressive roster before the audience.

As he said, it was the environment.

Two UK hackers get jail after online bragging outed them