"The abundance of public data has made us all more susceptible to being scammed." This statement comes from Alexis Conran the British TV presenter best known for the show The Real Hustle.

The show featured a team of hustlers, including Conran, trying out notorious scams on members of the public. Conran was positive that the same thought process applies to online scams.

"Scamming someone is all about trust. How do I win your trust? By being able to identify with you by finding things in common," he told the attendees of the Digital Transformation Expo Europe in London.

He cited the instance when simple observations during a train journey gave him the details of the female passenger sitting next to him.

"This lady took her laptop out, tethered her phone to it and started working on it. I got my iPad out, scanned for networks and found that the strongest network was Sophie’s iPhone. (That's not her real name). It was an iPhone that was tethered. I have a name and her phone model. I logged on to Facebook. I know what she looks like so I can find her. I did.

"It was an open profile, which said the night before she was at Edinburgh University attending an alumni party. Everybody was thankfully and conveniently tagged. I know it sounds really creepy. I never did or said anything to her. But it would have been so easy for me to just lean across and go ‘Sophie, right? Oh, I think we met a lot of times. I’m a friend of George's…’. So easy to gain trust. We overshare so many things, making the scammer’s jobs a lot easier."

The free information and the anonymity offered by the internet has made it easier for criminals to pull off new scams, he noted.

"If you want to find out how to hack WiFi, there's a YouTube video that will teach it to you in five minutes. When Frank Abagnale was trying to figure out a way to wash the ink off a cheque but keep the signature, he had to do that experimentation himself. He had to become a chemist to figure out all those things, and people just don't put in the time anymore to do that kind of stuff. So I would say it's easier to scam people when you're not doing it face to face."

The one thing that punches the steam out of a scam method is open acknowledgement, Conran said, citing how many hustling techniques were killed by his popular TV show.

"We're too embarrassed to say ‘I fell for a scam’. I know plenty of people who fell for scams but just don't want to talk about it. They feel that it's a sign of stupidity. But as you know, and I know, falling for a scam is not a measure of your IQ."

GDPR has made it a bit easier, forcing companies to come clean, he observed.

"We need to do the same with our friends, our partners and our social lives. If you've been scammed, talk about it. Because I can tell you from experience that if you put a scam out in the public, the scam dies. People can't just carry on that anymore." 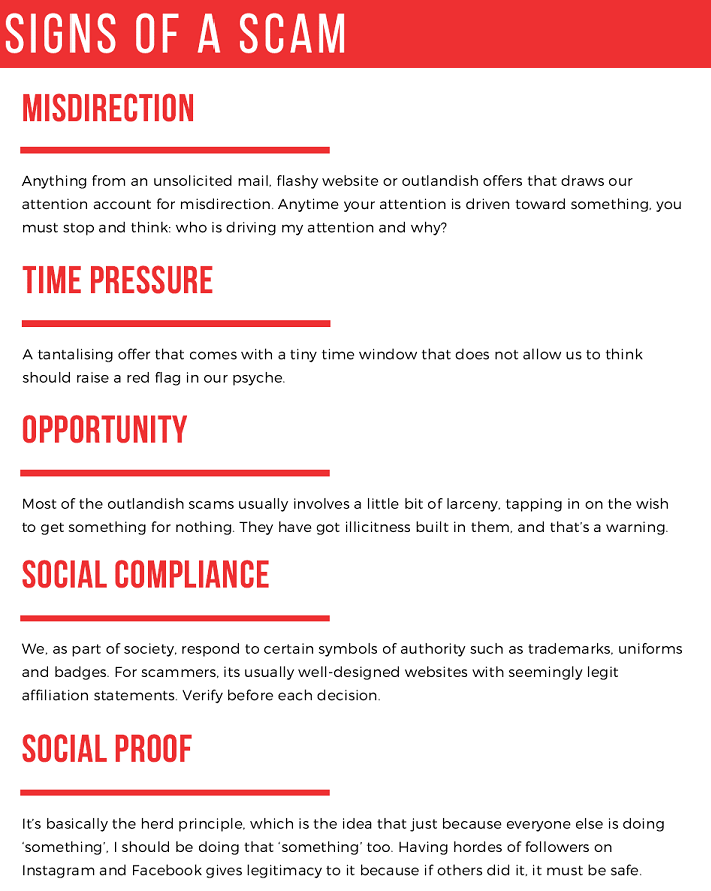 They know what we know: How to keep security secrets from hackers

'I know what you said last summer'