Behind the genteel named Ladies of London Hacking Society is an organisation devoted to advancing women in the hard-tech side of cyber-security via a robust, practical approach. It has nearly a thousand members, of whom about 200 are described as active, with around 75 turning up to the organisation’s events.

It was set up some 15 months ago and is run by volunteers. SC Media UK spoke to Eliza May Austin, founder and director of Ladies of London Hacking Society to ask what it does why it was set up in the first place.

Austin told SC :"There were a lot of events for women, but none of them were technical, they were more focussed on soft skills.  So LLHS was set up to fill a void, to create something I wanted to attend myself." 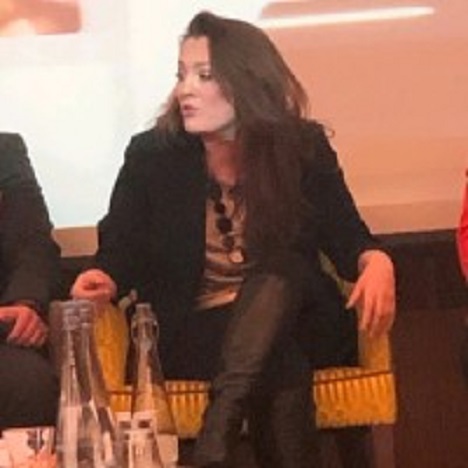 That focus on women doing technology came through strongly in Austin’s views on what the industry needs.  "Cyber-security needs to increase the numbers, or talent, but it’s the technical skills we need to increase.  We can get all the soft skills we need.  Are we saying we just want women in cyber for the sake of it? That’s pointless."

Austin conceded that if over 50 percent of the population felt excluded then yes, it makes sense to bring them in -  but if they are brought in to do the same jobs they are already doing it won’t benefit cyber-security at all. "I’ve nothing against people in sales, marketing, or administration, and bringing more women in, but it’s not what we need. What we are lacking is technical skills," she adds.

Asked about how the group was set up, Austin explained that she initially tried organising by contacting all the women she knew in the sector, but it was taking a while to coordinate different views about the way ahead, so she set up a meet-up page on LinkedIn and it just took off.  "Loads of people enquired. We made it up as went along and it now includes both live events and information sharing. This ranges from highly skilled advanced practitioners who use the forum for knowledge and skill sharing, to others who use it to get into cyber-security."

Since starting Austin says she has already seen a change and more women are now coming from and non-women only events. They are increasing their confidence to attend and participate, and  LLHS has seen more coming to get into the industry, whether in junior roles, career changers, or often moving from from soft skills roles in cyber, and going into technical roles.

"What we do is technical training," explained Austin, with Immersive Labs providing sponsorship to enable guided laboratory work, penetration testing etc, as well as lectures. The volunteers, "do what we can and recommend free courses initially. They’re always free and always will be. Every month we are chuffed to hear about another person who has got a job in cyber-security or related area."

Most support is things such as free venues rather than finance, and Austin notes that for her it is a sideline and she doesn't take any money out of it as she has her own business: (th4ts3cur1ty.company, which undertakes Purple teaming operations, and SOC building).

Austin told SC how she got into the sector herself, explaining how she  was doing forensic science and found she much preferred the digital forensics side.  But she is strongly critical of the academic approach to cyber-security, viewing it as a more practical skill, advising potential entrants not to go to university for this role, saying:  "You don’t need to. Of course it should be skills-oriented (rather than academic). It’s like a car mechanic - what will they learn in University? It’s based on skills and improving themselves by turning up each day and learning as the skills develop. You don’t need to go to university for this, it’s an elitist industry and it doesn’t need to be. It’s also cutting out working class people, stigmatising those who didn’t go to university."

She adds, "If you have a connected computer you don’t need to go to university. I have learnt more from online tutorials than from university,  and wouldn’t have passed without them, because (university courses are) out of date. And If you get £30k as a university lecturer or £90k in industry,  which would you choose?" While there are some great university courses with talented lecturers, Austin is demonstrating, at the very least - it’s not the only way.  And for career changers or those for whom the academic computing path never appealed, perhaps not the best way either.

**Editor's note. Readers of this article can also look forward to SC Media UK announcing its 50 Most Influential Women in Cyber Security 2019 at a Gala networking event atop the BT Tower in London tomorrow, 5th November. The full list will also be published on SC Media UK for registered users.

Why the human element is still essential to threat hunting

It's a question of inclusion, period