Tweet
In another step down the transparency path, GCHQ is colloborating with the Science Museum to display equipment never-seen-in-public before for a communications intelligence and cyber security exhibition opening today as part of its centenary celebrations.
Sir Ian Blatchford, director of the Science Museum Group (illustrated previous page) thanked GCHQ for lending objects from its secret archive, with the aim of engaging visitors with the world of cyber-security.
Jeremy Fleming, director GCHQ, noted how the organisation was, for the first time, giving the public a glimpse into the secret history of the organisation, so as to "encourage the next generation of recruits."
Among first time exhibits is the 50-UCO, described as one of the first electronic and fully unbreakable cipeher machines, developed to redistribute de-crypted Enigma machine messages to the military securely. It was so secret that they were all meant to be destroyed at the end of World War II, "but it seems we kept one," said Fleming.
Exhibition sponsors include the DCMS, Raytheon, Avast, DXC Technology, and QinetiQ.
Following its London run until 23 February 2020, the Top Secret exhibition will tour nationally.
Talking to SC Media UK, Elly Magson, interpretation develper at the Science Museum explained how the Museum had been given access to the GCHQ collection, much of which was on public display for first time. In addition to the the hightlight, the 5-UCO, is the SYKO - is a German copy of a British cyber, which was captured by the British after being shot down over Anzio in Italy,  then used it to learn how the Germans were using cyber tech - it has a bullet hole through it from when it was shot down. 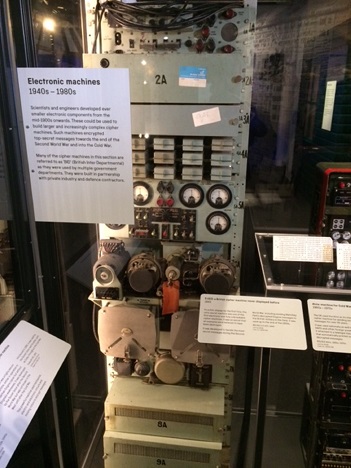 Previously unseen spy tech on display
Magson told SC: "Some things we were interested in GCHQ couldnt tell us, and others we couldn't display for national security reasons. Some of the things shared we'd not heard about before, for example, some of the objects had been completely secret; we  also had members of staff talk to us and got we got audio of their  experiences and made film of some areas (at GCHQ) that had not been on  camera before.  The disply includes the Zircon story (a secret spy satellite) that GCHQ had not talked about before."
Also featured is the story of the Bletchly park codebreakers, Enigma and Lorenzo - which is even more complicated than Enigma - and how it was decrypted as well. Plus the Typex British cypher which was never decrypted, as the Germans knew it was based on how the 'uncrackable' Enigma worked, so the Germans didnt attempt to break it.  Also covered are the Collosus computers, mainly taken apart after World War II and used in Manchester for ealry computers - though intriguingly, it was mentioned that some were still used until the 50s "and we don't know what for." 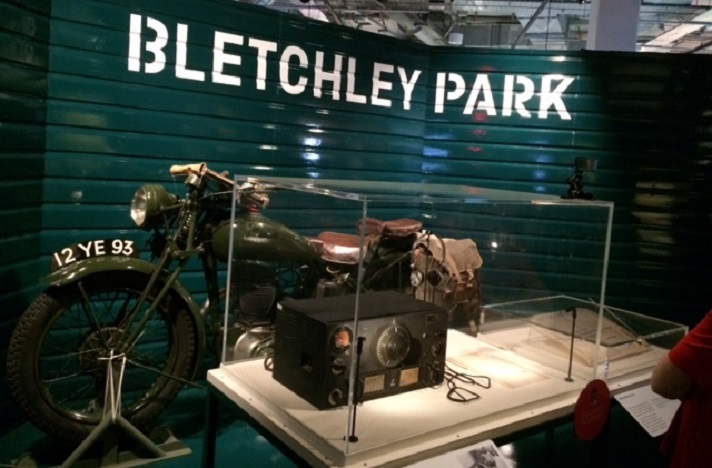 GCHQ's history on display
"If (this exhibition) results in a greater interest in STEM and cyber, a broader understanding of the difficult work we do, or causes a few young poeple want to find out more, then it will have been a success," concluded Fleming.
Crime & Threats Cyber espionage / cyber - warfare Government, Regulation & Compliance Education & Training / Certification government

Time for Europe to take cyber-security seriously...and save the world

£28 million Institute of Digital Technology set up at Blechley Park