The UK and US have signed a Cyber Accord yesterday committing the countries to cooperate on cyber-security and artificial intelligence, with the aim of ensuring, "... our nations dominate the cyber commons….in the face of changing warfare and the fight against growing cyber-threats, both at home and abroad," according to signatory Defence Secretary Gavin Williamson. 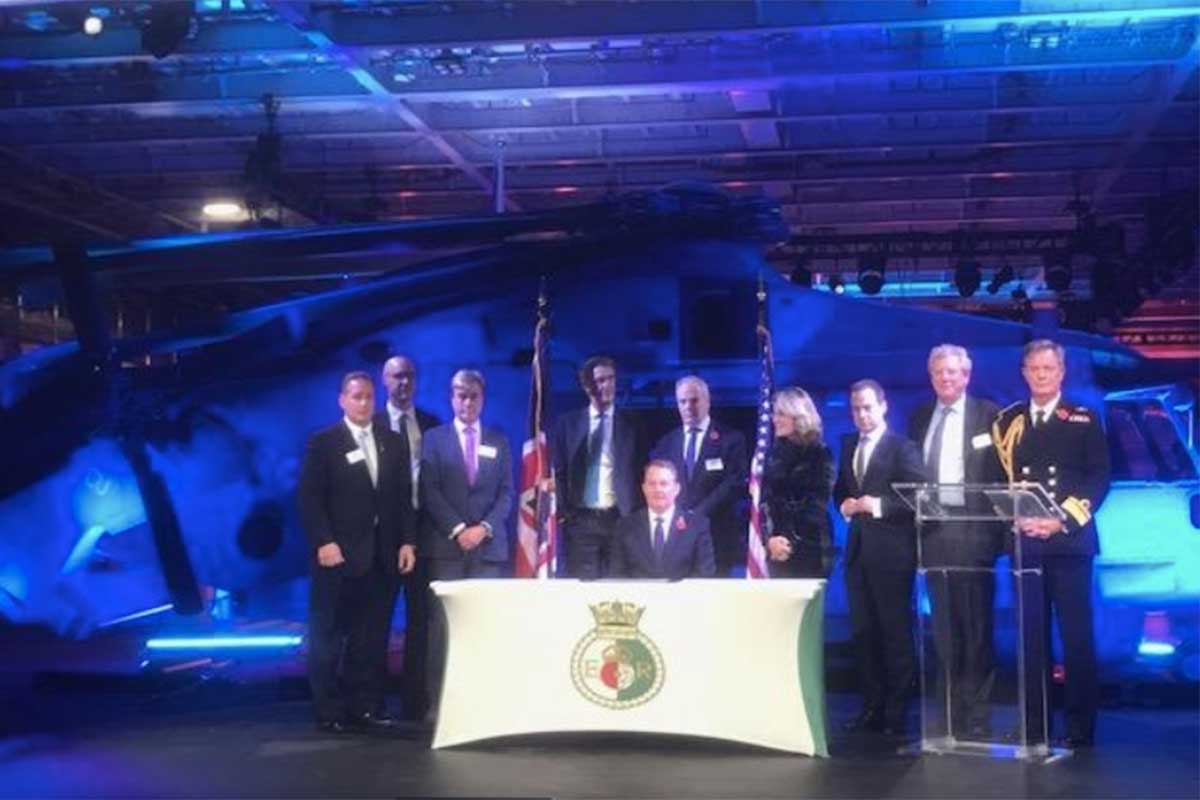 Signing the accord (Pic: Raytheon)

Talking to SC Media UK today, Graham Le Fevre, head of BD, cyber intelligence at Raytheon, whose company is one of the signatories, says it is significant that the Atlantic Future Forum, the first non-naval event aboard Britain's new aircraft carrier, HMS Queen Elizabeth, should be in the realm of cyber-defence, emphasising the importance of cyber today.

The message echoed that of Williamson who said, "I am convinced cyber, information warfare and intelligence must be fully integrated into our military power, that they are fundamental to a modernised defence and our warfighting successes, and that without them we put our nation’s security at perilous risk."

He disagreed with those who suggest UK Armed Forces should not operate outside deployed conflict zones many thousands of miles from the UK mainland, as the threat to destablise our society can come from anywhere.

Williamson added that Britain has been leading the way in offensive-cyber, integrating it into all operations, including in against Daesh in Syria and Iraq.

The Forum is also a public/private partnership and aims to bring together innovators and tech entrepreneurs from across government and industry, together with business leaders to explore emerging trends and technologies and consolidate the leading role that the UK and US jointly play in shaping them.

At the event a committee is intended to be formed to work with both the UK and US, and which will then form a subcommittee of the UK Board of Trade, to be supported by the UK Department for International Trade.

Speakers at the event include Gavin Williamson, UK Secretary of State for Defence; Rear Admiral David Hahn; Chris C. Demchak, Chief of Naval Research for the US Navy, and Director, Cyber and Innovation Policy Institute, US Naval War College; retired General Keith Alexander, CEO of IronNet Cybersecurity; Michael Chertoff, former US Secretary of Homeland Security and executive chairman of the Chertoff Group; and the CIOs of the Royal Navy and the Ministry of Defence.

Richard Daniel, CEO of Raytheon UK commented: "This historic accord will support a new phase of cooperation between the UK and US," adding, "However, technology is only part of the battle – we also need people. To address the growing cyber-talent shortage, industry, government and academia need to collaborate on preparing a new generation of cyber-defenders."

Michael LaRouche, vice president of Global Cyber Solutions, Raytheon Intelligence, Information and Services commented in a press statement that the accord will: "... enable our nations to automate the analysis of cyber-threat data and share it with the urgency it requires.It will also allow us to develop defensive and cyber-warfare technologies to protect citizens and critical infrastructure on both sides of the Atlantic."

Talking to SC Media UK, Le Fevre adds that what is significant about the Accord, "Is the level that it’s at - pushed by the Defence Secretary. Its about the level of information sharing [between nations] and having industry directly involved in that conversation. It shows how transatlantic links are just as important in cyber-security as in may other areas."

CSEU 2018: Nato grappling with implications of cyberspace as domain of warfare