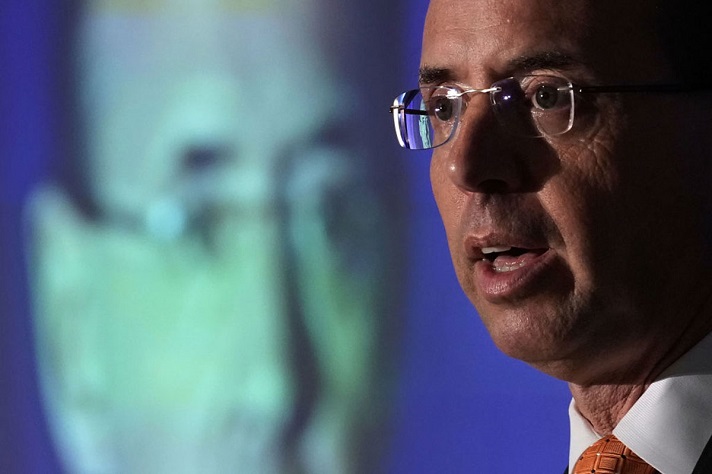 US Deputy attorney general Rod Rosenstein  called upon nation-states to be more cooperative in the fight against cyber-crime, claiming that lack of resources and outright obstructionism has prevented the pursuit of justice in complex international cases.

He criticised Russia in particular for not only failing to assist in investigations but also actively supporting cyber-crime.

Speaking at Interpol’s 87th general assembly in Dubai yesterday Rosenstein warned that the power of the internet is being abused and there is a growing gulf between the internet as it is and how it should be. And he said that international conventions to limit the free flow of information between countries would impede the investigation of cyber-crime.

In his speech, he focused on nation-state abuse of the internet and claims of the lack of reciprocity in extradition of those charged with cyber-crimes to the US.

There are systematic challenges to the rule of law, including the lawless attacks on Sergei and Yulia Skripal and Jamal Khashoggi, raising doubts about whether all member countries of Interpol abide by the organisation’s principles, he said.

"In evaluating our actions at this General Assembly, observers may ask whether our votes reflect the values that we profess," he said. "The rule of law is not simply about words written on paper. The culture of a society and the character of the people who enforce the law determine whether the rule of law endures."

He drew attention to countries that provide a physical safe haven for cyber-criminals, terrorists and child sexual abusers, calling out Russia in particular for sheltering fugitives.

He also spoke out against crypto-currencies which allow criminals to profit from dark web activities, complaining that Bitcoin was used as the method of payment during the Wannacry ransomware attack which caused billions of dollars in damage around the world.

The member states of Interpol must take action to prevent cryptocurrencies from being used for money laundering, he said, citing the example of the Department of Justice (DoJ) taking action against Alexander Vinnik and his cryptocurrency exchange, BTC-e, issuing a combined $US 122 million (£95m) in civil penalties for violating US anti-money laundering laws. Vinnik, who had been arrested in Greece, was extradited to Russia in September against the wishes of the US.

He said that the US has extradited 95 Americans in the past five years, "honouring inquiries whenever the requesting state presents sufficient evidence of criminality".

Extradition works in some cases, he said. Following the Kelihos botnet takedown in 2017, the US indicted Peter Levashov, a Russian citizen who is reported to have operated botnets for over two decades. He was arrested by Spanish authorities and, following extradition to the US, was convicted in September.

However, another high profile case didn’t turn out so well for the DoJ. Alexsey Belan, also a Russian national, was indicted twice by the US for attacking American computer systems. In its second indictment against him, the DoJ alleges that he stole email account details of 500 million people around the world at the behest of Russian intelligence agencies. Despite repeated requests, Russia has refused to extradite Belan.

He said that great strides have been made in combating international child sexual exploitation networks through Interpol’s image and video database, leading to the arrest of 6,300 offenders. Last year, the US distributed almost nine million investigative leads to members of Interpol based on its investigations of child exploitation materials, leading to investigations and arrests.

The implication from his speech was, why can’t this kind of innovation be applied to other cyber-criminal activities?

He said the US receives thousands of requests per year and employs expert staff to assist with foreign requests for electronic evidence. "We call upon each of you to to do the same," he said. "By devoting appropriate resources to international cooperation efforts, we can properly address the increasing threat of cyber-crime."

Beware - ransomware fixer parasites who do deals with your attacker